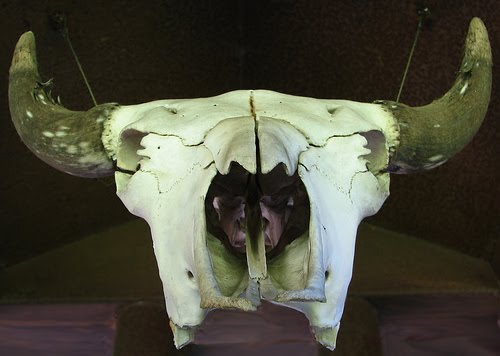 A Bull Trap appears in the midst of an uptrend or better yet after  continuation, consolidation, trading range that proceeds an uptrend. It starts with a false breakout which can usually be spotted because it breaks out on low volume whereas a healthy breakout should should see an increase in volume. Quite often you’ll get a second day above the trading range, but it will not be a confirmation day-prices moving higher on higher volume. This is a strong probability that you are seeing a false breakout, especially if the preceding trading range was large. 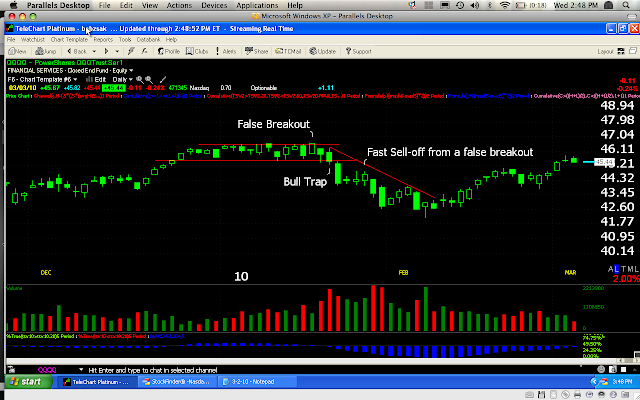 When prices fall back into the trading range you know for sure. As soon as prices break below the trading range, everyone who bought in the range is now at a loss and the further prices move down, the more stops are triggered and a snowball effect takes over causing more and more supply to flood the markets. This is why false breakouts and Bull Traps see violent sell-offs to the downside, quite often nearly vertical drops in price. Above we saw that situation unfold at the Primary trend reversal that occurred during January of 2010 ending the rally that started March of 2009. Right now we are in another potential Bull Trap (see below) 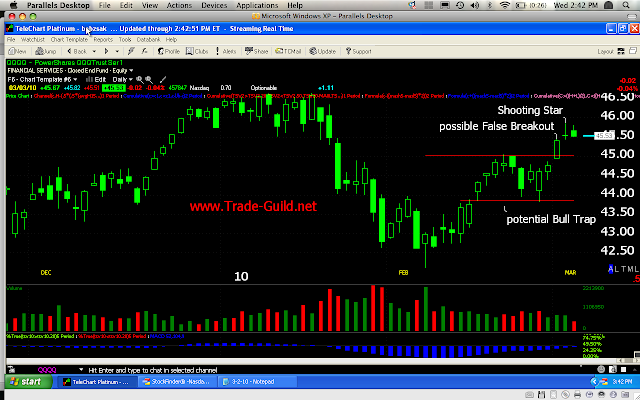