THE DOLLAR CARRY TRADE….THE NEXT IMPLOSION! 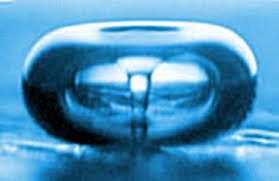 I’ve been warning for months now that something is not right with the dollar; for the last month I’ve said keep a close eye on the dollar. Well it is time to put out an explanation that makes some sense regarding the strength in the dollar against all common sense. Last week Bernanke commented on his intent to pursue a strong dollar policy which would cause the market to fall if the dollar rises being there’s a 90% inverse correlation between the two. Bernanke’s statement wasn’t just a policy statement, it was a serious and stern warning to a lot of people out there making a lot of money. Very little money is tied up in the stock market as compared to bond funds. Over 260 Billion is in bond funds while only 2.6 billion is in stock funds; thus the falling volume in the markets as they rally.

Investors have found a cheap way to make big bucks on high leverage and the last time we saw it it was called, “The Yen Carry Trade”, but now it’s called the “Dollar Carry Trade”. Because interest rates for banks can be near or even briefly below zero (meaning the banks are paying the Fed to hold their money) what is happening is the dollar is being borrowed and sold for stronger currencies that are appreciating and assets with higher rates of return are being purchased, like I said, typically on huge leverage (borrowed money-sometimes 100:1).

Bernanke’s policy statement was a warning to those engaged in the carry trade on the dollar because if the dollar were to rise, if interest rates were to rise, there would be an implosion in the dollar carry trade and at the leverage these players are dealing in, it would shake the market and send it plummeting most likely to new lows or our double dip recession complete with bank failures and credit markets so frozen that the last freeze would look like a hot Florida day in July.

So what I’m saying is this: listen to what the Fed has to say about interest rates and the dollar, watch foreign economies for signs of recovery as that may force the Fed to raise interest rates to head off inflation and kill the carry trade, watch the dollar for signs of buying coming back in almost at a panic and the market falling roughly in sync. Right now the stage is set for a huge implosion, the Fed has warned these banks and others engaged in the Dollar Carry Trade. It’ll be hard for these investors to walk away from the fortunes they are making and many may not, but when the music stops playing, many will be left without a chair and we’ll see the destruction of these investors in short order. The Fed has few tools left to deal with the next shoe to drop.

My concerns first started with the dollars relatively bullish stance and strong correlation to the markets, then Bernanke’s statement and finally now the Carry trade is under the spot light. I’m glad we’ve positioned our fund the way we have, it’s a patient trade, but a strong trade.