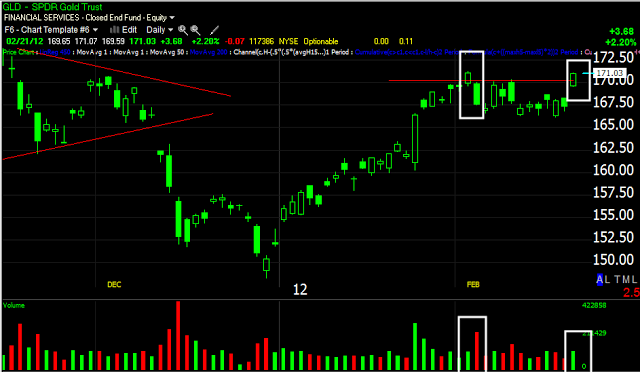 From that post… “Now we have another possible breakout of the range and again volume is low. To entice longs to buy this breakout, it will have to make a new high and surpass the former breakout to remove any lingering doubts.”
We Already knew there was distribution before any break out (head fake move) had been made… 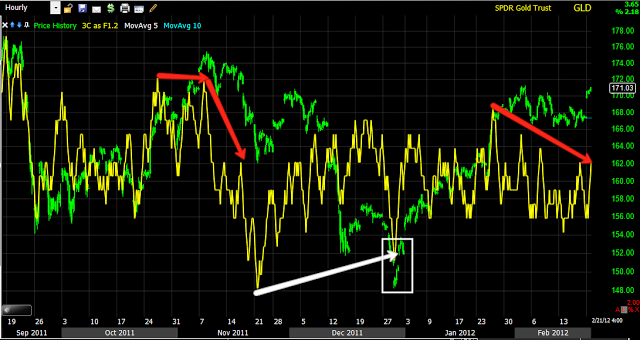 The 60 min 3C chart showed distribution right at the area in February that was the same resistance area from above.
Over the next 5 days we had our head fake move… 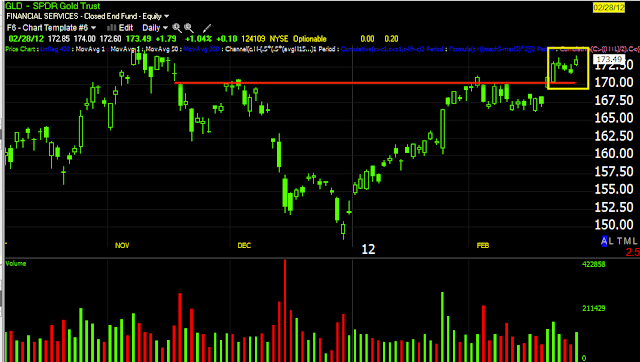 The next day after posting the set-up we had our move as updated HERE.
The next day we continued to confirm distribution on the breakout/head fake move
On the next day, we confirmed distribution again and then we made the initial trade.
On Feb 29th, GLD moved down and below the head fake level on a 1 day -5.3% move 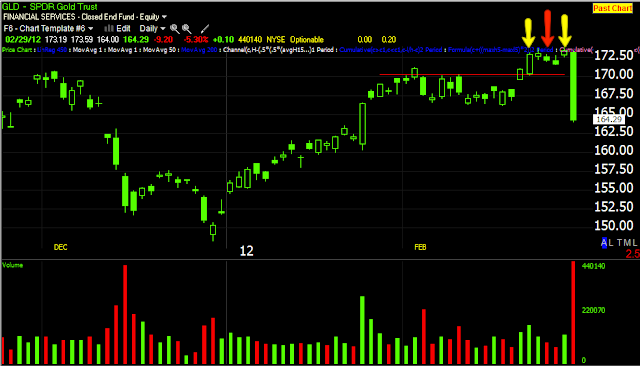 our GLD Put with 2 days of risk exposure to the market was worth +208% as you can see here.
If you wanted to stay in longer as this was a head fake move for a reversal, this is what GLD looked like… 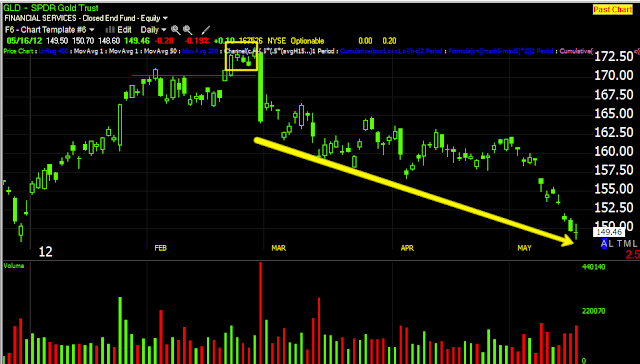 This is the same way we entered just about everyone of our 10 longer term core shorts from Q1 2012, every one of them was in the green for a double digit gain within 3 months using ZERO leverage.
The next installment of this series will be the lest, I’ll set up links so you can review them whenever you like.